This exhibition has received support from the Lithuanian Cultural Institute, the Sodebo Corporate Foundation and Paprec. It is also part of the Voyage en Hiver.

For her solo show at the Frac des Pays de la Loire in Nantes, Lina Lapelytè presents a new version of her video installation What happens with a Dead Fish?

This new proposal multichannel video installation recreates a work originally created as a musical performance with a choir of amateur singers in an open-air swimming pool. The members of the choir sing and move slowly creating a succession of tableaus vivants. Music, choreography and libretto composed by the artist invite for an intimate and poetic meditation on the present, cycles of life or even ecology – recurring themes in the work of Lina Lapelytè.
Through a device specially designed for the Frac in dialogue with its architecture and its immediate context – water, image and ceramic objects converge and invite the viewer to an immersive experience.
This performance was previously presented as part of the Kaunas Biennale (Lithuania), and filmed on the occasion of the Kunstenfestivaldesarts commission in Brussels (2021).
About the artist

Lina Lapelyte is an artist living and working in London and Vilnius. Lina Lapelytė’s performance-based practice is rooted in music and flirts with pop culture, gender stereotypes and nostalgia. Her works engage trained and untrained performers often in an act of singing through a wide range of genres such as mainstream music and opera. The singing takes the form of a collective and affective event that questions vulnerability and silencing.

Her works Ladies (2015), Hunky Bluff (2014) and Candy Shop (2013/2015) were shown in different contexts and locations including the Serpentine Pavilion in London, the Queen Elizabeth Hall in London, the Venice Architecture Biennial and MACBA (Barcelona).

Her collaborative work with Rugilė Barzdžiukaitė and Vaiva Grainytė, opera Have a Good Day! holds several awards, its libretto is translated to 9 languages and its been touring extensively. Their collaborative work Sun and Sea represented Lithuania at the Venice Biennale of Art in 2019 and received the Golden Lion award for the best national participation.

Her recent works focuses on large scale site specific installations and performances: Currents (2020) and What Happens With A Dead Fish? (2021), both ground their concepts in bodies of water. Both former, conceived together with Mantas Petraitis, as a large-scale site specific installation and performance (Instructions for the Woodcutters) commissioned by Riga Biennale (RIBOCA2); and latter – a musical piece with a local choir of amateur singers from Brussels, commissioned by Kunstenfestivaldesarts – have eventually become video works.

Her most recent solo show The Mutes at Lafayette Anticipations Foundation in Paris is going against the classical canons that exclude those who sing “out of tune” and takes the voice as a starting point bringing together a group of non-professional performers who have no “musical ear”. 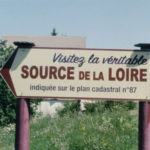 Boris Achour, A Constructed
...
In the region 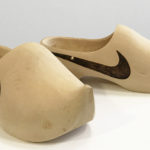 The adventure of forms is a
...

Wilfrid Almendra, Peter
...
In the region 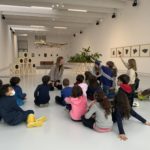 The exhibition is an art! 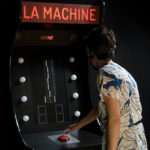 The machine: join the dance

Cie Labkine
In the region 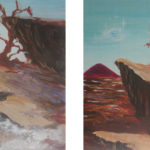 40 anniversary of the Frac 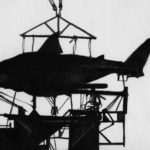