As part of its agreement with the department of Maine-et-Loire, the Frac des Pays de la Loire continues its mission of disseminating contemporary creation in the region.

Present for the first time in the municipality of Ombrée dAnjou, at the Atelier Legault, the Frac offered the project partners, the municipality and the department, several files from artists residing in the region. The choice fell unanimously on JEZY KNEZ, a duo of artists who have been developing four-handed work since 2012.

The installation produced specifically by the artists for the Atelier Legault resonates with the volume of the place: its height, its development in length and its overhead light. The landscape invites the visitor to survey the space, to enter the heart of a changing area with entropic development. Here, we travel through a hybrid geology. This immersive scenography has its roots in the romantic pictorial universe of the 1830s in the United States and its grandiose imaginary views: “The project was born from the discovery of a series of paintings by the American painter, Thomas Cole (1801-1848), The Course of Empire, which illustrates with five paintings taking as a backdrop the same mountain landscape, the cyclical destiny of an unspecified civilization whose apogee recalls that of ancient Rome. 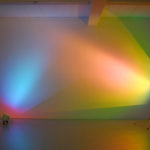 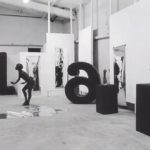 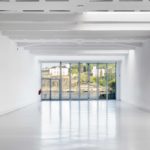 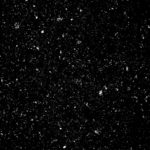 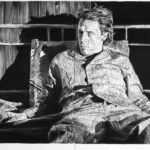 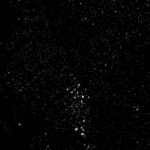 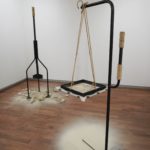